In 2018 I came by a stamp collection built largely between the 1960s and 90s. Not only does this collection reflect vast swaths of 20th century events and obsessions, it also highlights the graphic trends that accompanied each respective era.

At the 2019 Grafixx Festival, I presented a selection of 80 stamps that put the Space-Age Aesthetic front and centre. That year it had been, after all, half a century since the Space Craze peaked as man first set foot on the moon.

Meticulously designed, these exemplary specimen succeed in encapsulating the Space-Age zeitgeist on a surface that rarely exceeds 40 by 40 millimetres. 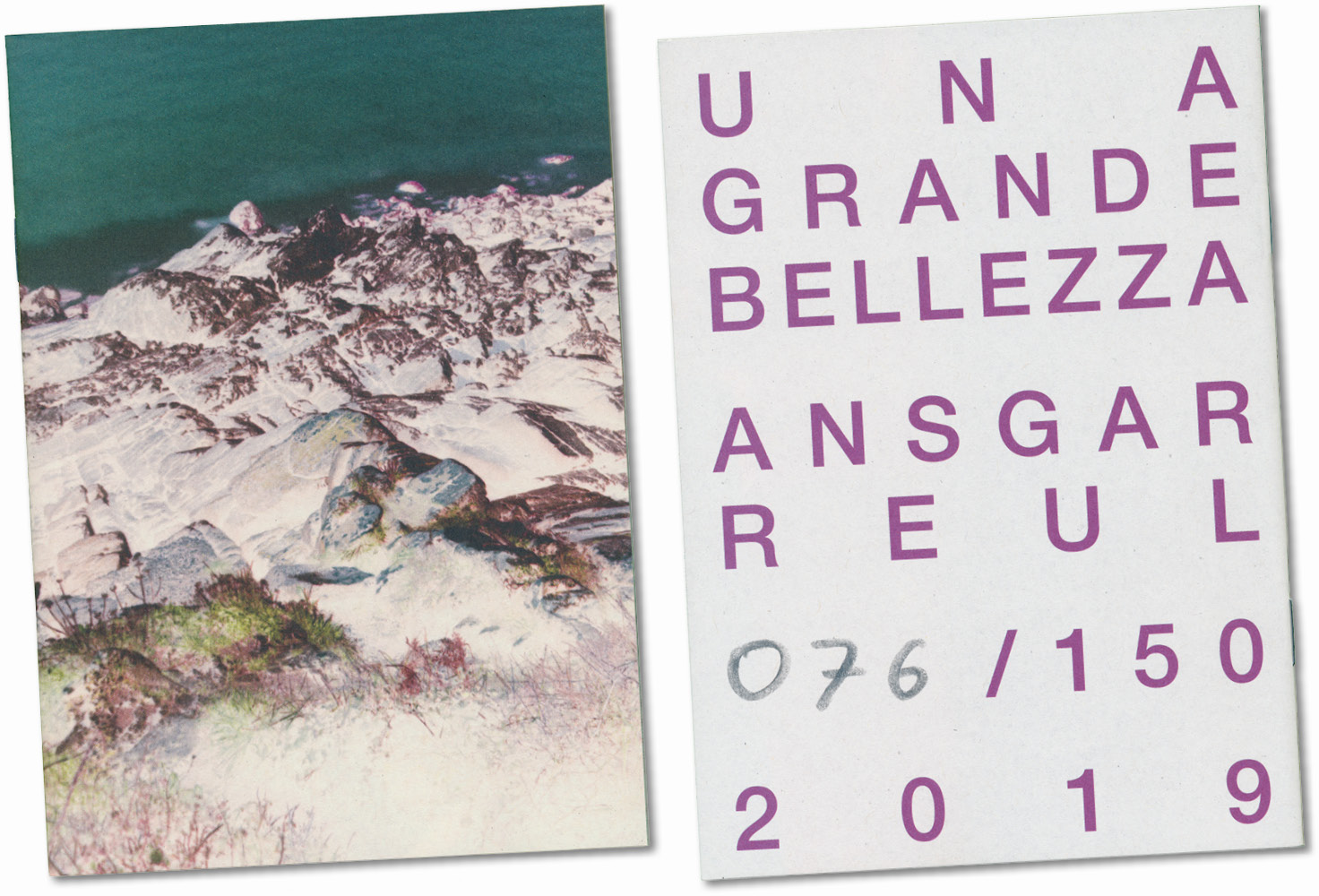 Una Grande Bellezza collects 32 photographs taken over a period of 18 months – in Brussels and Milan, on a trip to the Bretagne, while hiking in the Black Forest, etc.

Instead of revolving around one specific theme as regards content, the publication’s leitmotif is formal in nature, seeking out unusual textures, odd colour combinations, and chance compositions.

Una Grande Bellezza can be purchased  from my online store.

One story I usually tell about my friend Philipp is that I once went to pick him up at Istanbul’s Central Station, and all he wore was a pair of flip-flops, blue swimming trunks, and a faded yellow shirt. On his shoulder he carried a threadbare tote bag containing three different kinds of fishing-rod, and a bottle of whiskey three-quarter full. And that was it – no further baggage for a two-day train ride from Berlin to Istanbul, let alone the fourteen-day trip still ahead of us.

Apart from being a self-taught traveller, Philipp is also a self-taught artist. Given the happy-go-lucky attitude in which he goes not only about his travels but also about the handling of his artwork, I eventually started to obsessively hold on to as many of his drawings as I possibly could.

This riso-printed zine is a collection of some of Philipp’s drawings. It was printed in an edition of 100 copies and can be purchased from my online store. 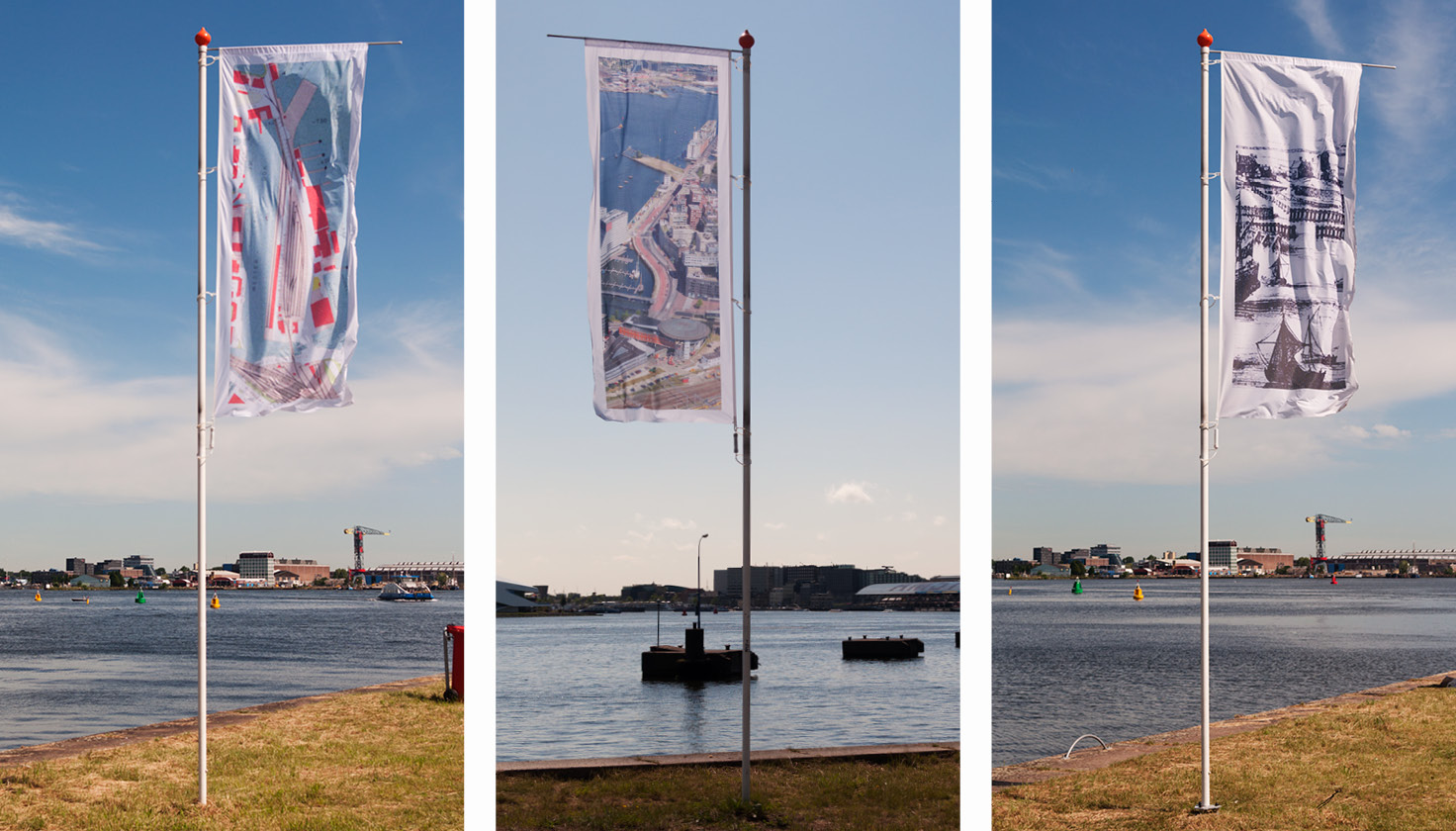 At university, I wrote a paper analysing the role urban wastelands have come to play in contemporary art practices. As a case study, I researched the history of the defunct Amsterdam dock Het Stenen Hoofd. While working on the paper I got in touch with the foundation in charge of programming the cultural activities for the hosting of which the site is best known. Impressed by the visual material I had gathered, they commissioned a group of flags featuring the most striking of those images. Above you see three of the sixteen flags that were eventually put up, modestly evoking the past of the very site on which they were planted.

– a series of four xeroxed, black-and-white photo zines published sporadically over a period of two years.

The bathing season had long ended when my friend Simon and I set out on a bicycle trip to the beaches of Ijmuiden, located some 30 kilometres to the west of Amsterdam. It was a crisp, sunny day, yet upon arrival we found the beach almost completely deserted. The usual signs of a bustling beach life were all but absent, yet all the noise that could be heard was that of eager waves washing up against the shore, and the screeches of seagulls withstanding the ferocious breeze.

Though not much of a skateboarder myself, at one point I somehow wound up working at Skatepark Amsterdam for three years. Ever since, skate culture’s roots in DIY culture have struck me as genuinely inspirational. Designed, built, and maintained almost single-handedly by Kale Mike (‘Bald Mike’), every single one of this Skatepark’s obstacles can serve as an example of that very attitude.

Ever since Graffiti’s heyday, public bathrooms were one of the most notorious playgrounds for the graffiti’s smaller sibling, the tag. Several generations in, the writing on the bathroom wall still looks pretty great – and even better when blessed with equally artfully smeared surroundings. Hence this zine’s modest attempt to pay tribute to vandalism in one of its most honourable forms.

This zine collects a series of photographs taken during a three week stay in New York City. Shot almost exclusively at night, I went looking for settings and scenes that are void of people, yet whose appearances presuppose a massive human presence. 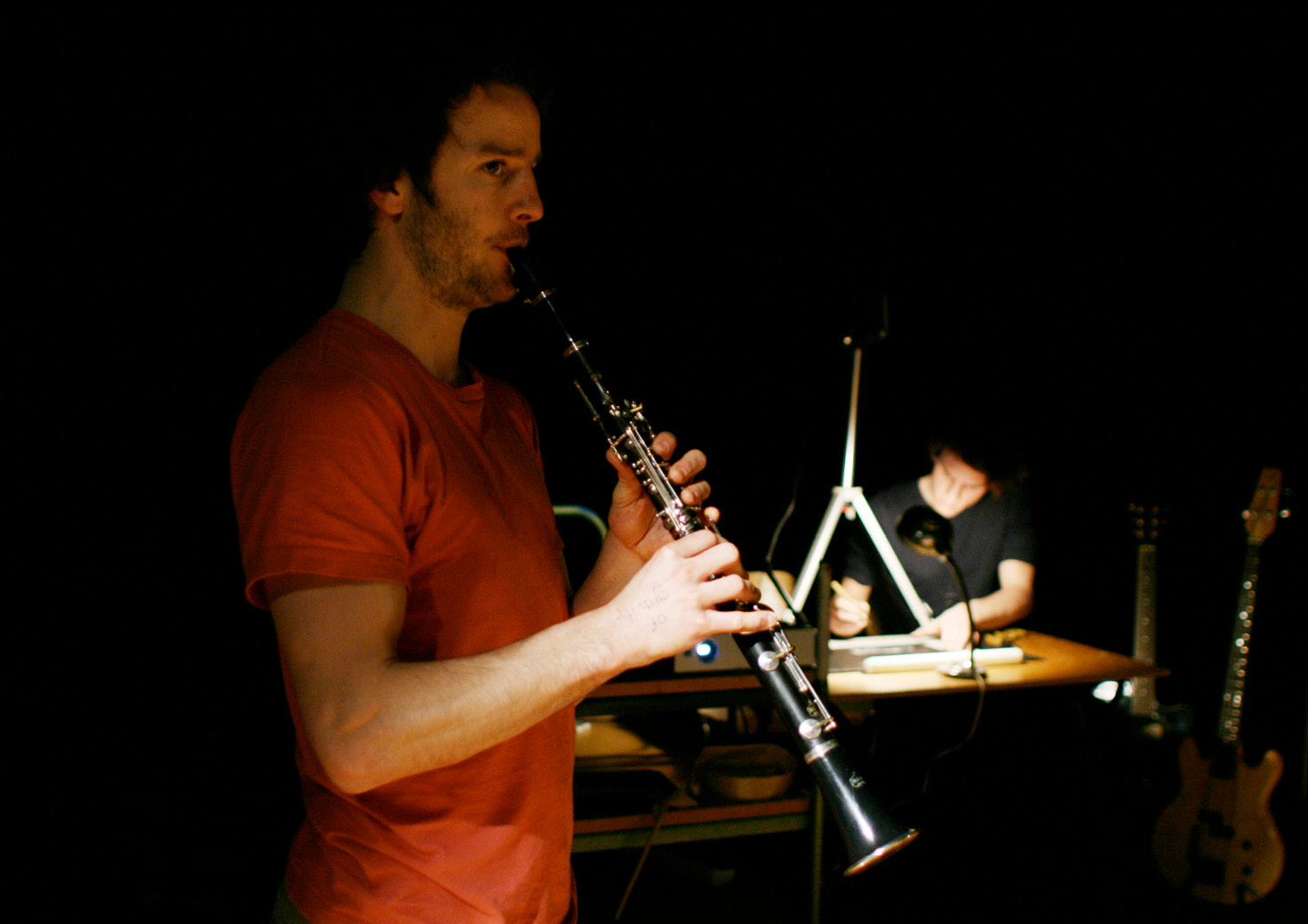 Dancer and choreographer Simon Tanguy and I developed this piece to explore possible forms of interaction between live drawing and a physical performance.

The stage design consisted of a small, six-piece moveable podium and a screen at the back of the stage, broadcasting the top of my desk in real-time. Both Simon’s performance and my visual meanderings followed a loose dramaturgy, devised to enable regular reversals of the acting and reacting part.